There are a bunch of shows from this day in Dead history, including quite a number of 80s and 90s MSG nights and a really hot one from all the way back in 1966. But for our Dead of the Day we head out to the last night of the epic three-night run at the Giza Plateau in the shadow of the Great Pyramid and so many other antiquities in Egypt. All three of the Egypt shows in mid-September 1978 were good, but the final night seems to have just a little more to it. The first set is all quite tasty with a truly top-shelf Candyman. But the real highlight of the evening is the beginning of the second set as the band jammed Ollin Arageed into Fire On The Mountain alongside Hamza El Din. The Ollin Arageed is magical with the mix of Egyptian music and good old Grateful Dead jamming. Then everyone struggles a bit with the segue into Fire, but eventually gets it going, leading to a slow, heavy, mesmerizing version unlike any other. The rest of the set is pretty hot as well, with a slightly slower pace to things. But what really gets us every time is just thinking about what a mind-blowing experience it must have been to have been there, amongst the pyramids at Giza and listening to the Grateful Dead play. Thad on Archive more or less sums it up:

How totally mind-blowing is this? In the history of mankind, will there ever be something quite like this? A bunch of rock musicians going to a completely different culture out of the blue, throwing a concert, and jamming with local musicians from this culture - speaking their musical language, live, onstage, in the moment? Truly un-fxcking-believable. The highest honor any musician could hope to achieve.

It truly was a special experience, which is clear from the great music, pictures, and the video - included on the Dead release Rocking the Cradle: Egypt 1978. 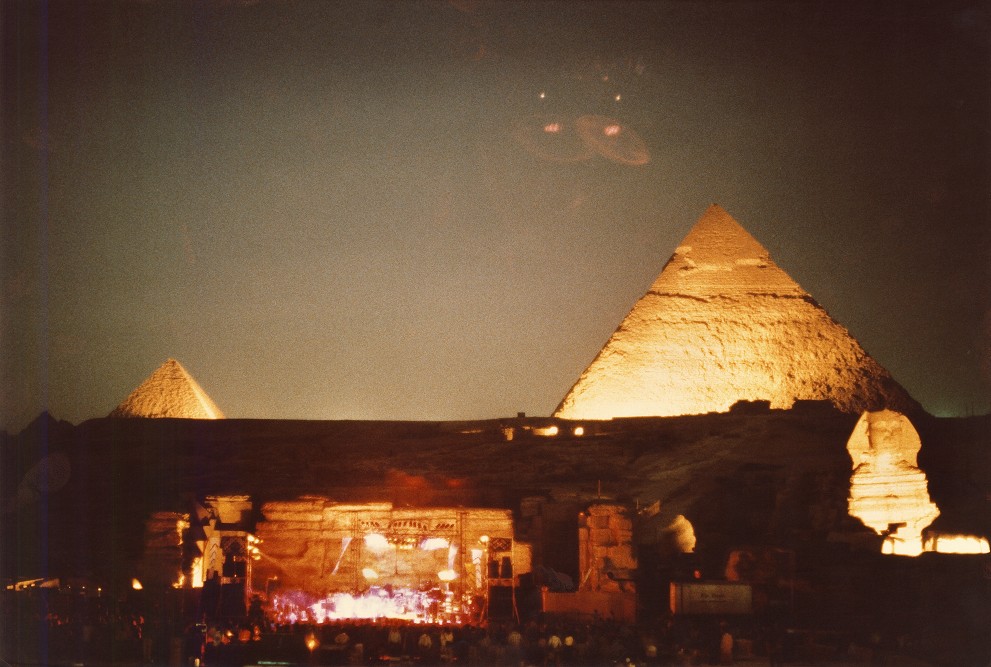 Hamza El Din was a Nubian Egyptian oud and tar player and vocalist. American audiences got their first introduction to him with his appearance at the 1964 Newport Folk Festival. With the Dead’s visit to Egypt in mind, he composed Ollin Arageed for the performances. The Dead and him ended up playing Ollin Arageed all three nights at the pyramids. El Din played the tune an additional six times with the Dead in the US. He also came out a few other times with the band over the years, perhaps most memorably on December 27, 1990 when, along with Mickey, he entranced the crowd at the Oakland Coliseum during Drums. 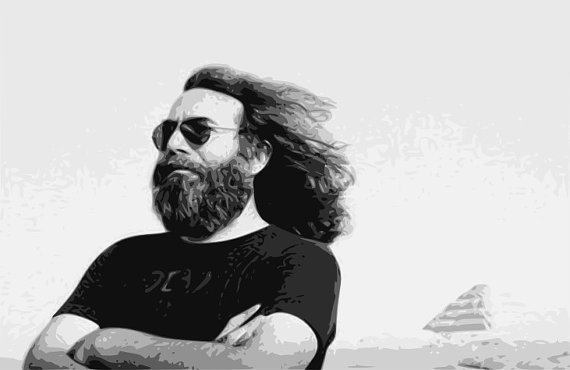 Phil led the charge to get the Dead to play at the Great Pyramid. He has said about the planning, “it sort of became my project because I was one of the first people in the band who was on the trip of playing at places of power. You know, power that's been preserved from the ancient world. The pyramids are like the obvious number one choice because no matter what anyone thinks they might be, there is definitely some kind of mojo about the pyramids.” It was a tremendous task to put the concerts together as no major American band had ever played in Egypt before, there was little available electrical power at Giza, and the Dead had few contacts in the country. The Dead ended up donating all the proceeds to the Egyptian Department of Antiquities and a few other Egyptian charities. The very next day, the historic Camp David Peace Accords, leading to the Egyptian-Israeli Peace Treaty, were announced after two weeks of secret negotiations. Did the boys have something to do with it? We think so.

Other September 16th Shows and Recordings: