For our Dead of the Day, we return to the Hammerstein Ballroom for the last night of the 1971 run. The show gets off to another rocking start with a Bertha opener. The first set continues with some great tunes, including a first-ever Oh Boy and a five-year breakout of Hog for You Baby. The real magic, though, is in the second set, which jumps out of the gate with a Greatest Story> Johnny B. Goode that is pure shake your bones rock and roll. After a solid Loser, the band goes into an immense, bluesy, and totally impressive Good Lovin’. Pig is all over the tune, going crazy and telling people to take their clothes off as only Pig can. Billy also delivers, providing a rolling beat and a lively, intense Drums segment in the middle of the Good Lovin’. Coming out of the Drums, the band fires off an electric jam that is mesmerizing, leading right back to Pig. After Good Lovin’ winds through its 24 minutes our so, a smoking Sugar Mags > GDTRFB> NFA> Truckin’ ends the night. That four song closer is blow-your-mind tasty, fervent, and oh so pungent. Like the other shows of this run, there is not immense, spacey jams, but the Dead deliver a supreme, powerful performance all the same. The last three songs on the recording here are filler from some other night. 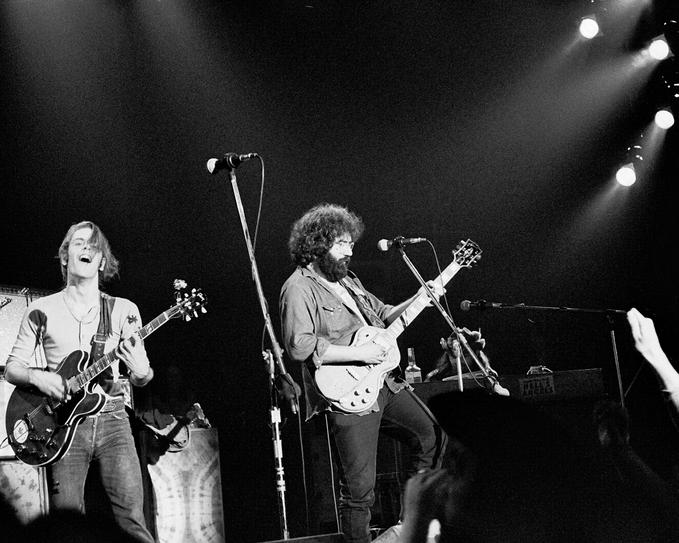 These three nights at the Manhattan Center were incredibly crowded; on this night there might have been 10,000 people in a hall with a 2500-person capacity. Some people who were there talk about having to move away towards the back just so they could breathe. Others make no mention of the crowds and just talk about the bliss of being in the presence of the Grateful Dead and so many of their fans. For instance, one commentator on Archive explained that he “attended this show with my sister – my first Dead show and my first rock concert. I stood up front about 15 feet from Phil Lesh and had my little 16 year old mind thoroughly blown.” He went on to say that Pigpen played his “Hammond organ with a bottle of Cutty Sark on top” and that “hundreds of longhairs on acid were dancing and grooving,” making for “one of the peak experiences of my adolescence.” That sounds about right. Long live the Grateful Dead!

Other April 6th Shows and Recordings: